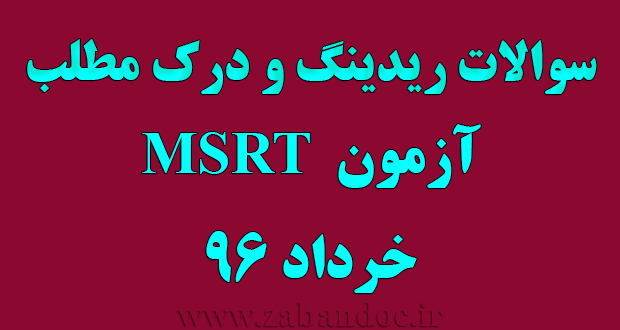 Of all modern instruments, the violin is apparently one of the simplest. It consists in essence of a hollow, varnished wooden sound box, or resonator, and a long neck, covered with a fingerboard, along which four strings are stretched at high tension. The beauty of Line design, shape, and decoration is no accident: the proportions of the instrument are determined almost entirely by acoustical considerations. Its simplicity of appearance is deceptive. About 70 parts are involved in the construction of a violin, its tone and its outstanding range of expressiveness make it an ideal solo instrument. No less important. however, is its role as an orchestral and chamber instrument. In combination with the larger and deeper-sounding members of the same family, the violins form the nucleus of the modern symphony orchestra.

The violin has been in existence since about 1550. Its importance as an instrument in its own right dates from the early 1600’s, when it first became standard in Italian opera orchestras. Its stature as an orchestral instrument was raised further when in 1626 Louis XIII of France established at his court the orchestra known as Les vingt-quatre violons du Roy (The King’s 24 Violins), which was to become widely famous later in the century.

In its early history, the violin had a dull and rather quiet tone resulting from the fact that the strings were thick and were attached to the body of the instrument very loosely. During the eighteenth and nineteenth century, exciting technical changes were inspired by such composer-violinists as Vivaldi and Tartini. Their instrumental compositions demanded a fuller, clearer, and more brilliant tone that was produced by using thinner strings and a far higher string tension. Small changes had to be made to the violin’s internal structure and to the fingerboard so that they could withstand the extra strain. Accordingly, a higher standard of performance was achieved, in terms of both facility and interpretation. Left-hand technique was considerably elaborated, and new fingering patterns on the fingerboard were developed for very high notes.

1. The word “standard” in line 12 is closest in meaning to

(A) how the violin became a renowned instrument

(C) the superiority of French violins

3. What is the main idea presented in paragraph 3?

(A) The violin has been modified to fit its evolving musical functions.

(C) The violin had reached the height of its popularity by the middle of the eighteenth century.

(D) The technique of playing the violin has remained essentially the same since the 1600’s.

4. The author mentions Vivaldi and Tartini in line 20 as examples of composers whose music

(A) inspired more people to play the violin

(B) had to be adapted to the violin

(D) could be played only by their students

(B) thinner strings and a higher string tension

7. The word “Accordingly” in line 24 is closest in meaning to

(B) broke down more easily

(D) were easier to play

9. According to the passage, which of the following contributes to a dull sound being produced by a violin?

(A) A long fingerboard

9. Which of the following terms is defined in the passage?

10. All of the following are mentioned in the passage as contributing to the ability to play modern violin music EXCEPT

(A) more complicated techniques for the left hand

(C) use of rare wood for the fingerboard and neck

(D) minor alterations to the structure of the instrument

The Moon, which has undergone a distinct and complex geological history, presents a striking appearance. The moon may be divided into two major terrains: the maria (dark lowlands) and the terrace( bright highlands). The contrast in the reflectivity (the capability of reflecting light of these two terrains suggested to many early observers that the two terrains might have different compositions, and this supposition was confirmed by missions to the Moon such as Surveyor and Apollo. One of the most obvious differences between the terrains is the smoothness of the maria in contrast to the roughness of the highlands. This roughness is mostly caused by the abundance of craters; the highlands are completely covered by large craters( greater than 40-50 km in diameter), while the craters of the maria tend to be much smaller. It is now known that the vast majority of the Moon’s craters were formed by the impact of solid bodies with the lunar surface.

Most of the near side of the Moon was thoroughly mapped and studied from telescopic pictures years before the age of space exploration. Earth-based telescopes can resolve objects as small as a few hundred meters on the lunar surface. Close observation of  craters, combined with the way the Moon diffusely reflects sunlight, led to the understanding that the Moon is covered by a surface layer, or regolith, that overlies the solid rock of the Moon. Telescopic images permitted the cataloging of a bewildering array of land forms. Craters were studied for clues to their origin; the large circular maria were seen. Strange, sinuous features were observed in the maria. Although various land forms were catalogued, the majority of astronomers’ attention was fixed on craters and their origins.

Astronomers have known for a fairly long time that the shape of craters changes as they increase in size. Small craters with diameters of less than 10-15 km have relatively simple shapes. They have rim crests that are elevated above the surrounding terrain, smooth, bowl-shaped interiors, and depths that are about one-fifth to one-sixth their diameters. The complexity of shape increases for larger craters.

11. What does the passage mainly discuss?

(A) What astronomers learned from the Surveyor and Apollo space missions

(B) Characteristics of the major terrains of the Moon

(C) The origin of the Moon’s craters

12. The word ”undergone” in line1 is closest in meaning to

13. According to the passage, the maria differ from the terrace mainly in terms of

14. The passage supports which of the following statements about the Surveyor and Apollo missions?

(A) They confirmed earlier theories about the Moon’s surface.

(B) They revealed that previous ideas about the Moon’s craters were incorrect.

(C) They were unable to provide detailed information about the Moon’s surface.

(D) They were unable to identify how the Moon’s craters were made.

16. All of the following are true of the maria EXCEPT:

17. All of the following terms are defined in the passage EXCEPT

18. The author mentions “wispy marks” in line 19 as an example of

(A) an aspect of the lunar surface discovered through lunar missions

(B) a characteristic of large craters

(C) a discovery made through the use of Earth-based telescopes

19. According to the passage, lunar researchers have focused mostly on

(A) the possibility of finding water on the Moon

(B) the lunar regolith

(D) craters and their origins

20. The passage probably continues with a discussion of

(A) the reasons craters are difficult to study

(B) the different shapes small craters can have

(C) some features of large craters