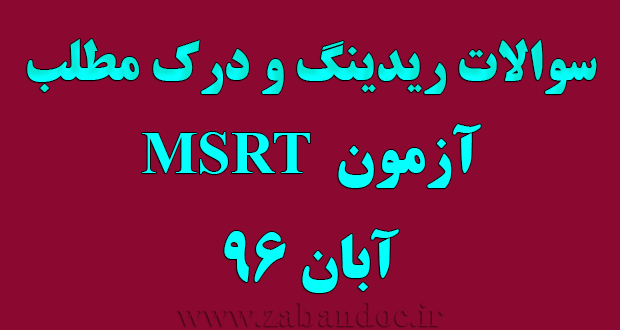 In the nineteenth century, oceanography benefited from the new desire to study phenomena on a global scale. Many scientists collected information on the chemical composition, temperature, and pressure of the ocean at various depths and in different regions. The difficulty of gathering information about the ocean depths was immense. At first it was believed that the temperatures in the depths never fell below 4 degrees Celsius, until it was shown that the figures were distorted by the effect of pressures on the thermometers. There was intensive study of tides and ocean currents, and a number of physicists examined the forces responsible for the movements of the water. For example, James Rennell provided the first accurate map of the currents in the Atlantic Ocean, and the United States Coast Survey made extensive studies of the Gulf Stream. The zoologist Edward Forbes argued that no life existed below a depth of 300 fathoms (about 600 meters), a view widely accepted until disproved by the voyage of the British research vessel HMS Challenger (1872-1876). The HMS Challenger expedition provided valuable information about the seabed, including the discovery of manganese nodules that are now being seen as a potentially valuable source of minerals. The first detailed map of the seabed was provided for the Atlantic by the American geographer Matthew F. Maury. He devised new techniques for measuring ocean depths, and his work proved of great value in laying the first transatlantic telegraph cables. He also studied global wind patterns and was able to provide sailors with guides that significantly reduced the time taken on many routes. Some oceanographers believed that the winds were responsible for producing ocean currents such as the Gulf Stream, but Msury disagreed. He argued that they were produced by changes in the density of seawater due to temperature, which set up systems of movement between warm and cool regions of the world. Maury believed that the circulation of a worm current would produce ice-free sea around the North Pole, a claim not disproved until Fridtjof Nansen allowed his vessel The Fram to be carried to within a few degrees of the pole in the years 1893-1896.

1. What does the passage mainly discuss?

(A) Exploration of the Atlantic Ocean seabed

(B) Differences between the Gulf Stream and other ocean currents

(C) Oceanography in the nineteenth century

(D) The reaction of water to temperature changes

2. According to the passage, what led to advances in the study of oceans?

(A) An interest in conducting ocean research on a worldwide level

(B) A disagreement between American and British oceanographers

(D) The use of thermometers that could withstand deep ocean pressures

3. The word “accurate” in line 7 is closest in meaning to

4. According to the passage, Edward Forbes held which of the following opinions?

(A) The Gulf Stream did not extend below 300 fathoms.

(B) Nothing lived in the ocean below 300 fathoms.

(C) The discoveries of the HMS Challenger were false.

(D) Manganese nodules were a potentially valuable source of minerals.

5. The word “expedition” in line 11 is closest in meaning to

7. According to the passage, which of the following is true of the discoveries of the HMS Challenger?

(A) They led zoologists to argue that there were no measurable currents below 300 fathoms.

(B) They confirmed theories about tides and ocean currents.

(C) They provided no new information about the seabed.

9. According to the passage, which of the following is true about Matthew F. Maury?

(B) He believed winds to be the source of currents.

(C) His studies of wind patterns enabled sailors to shorten their travel times.

(D) He believed that currents flowed only form warmer regions to cooler ones.

10. The passage suggests which of the following about the visit of the Fram to the North Pole?

(A) Matthew F. Maury was aboard The North Pole.

(C) The discoveries of The Fram were later refuted by Matthew F. Maury’s discoveries.

(D) The Fram found that the water surrounding the North Pole was ice free.

(A) Both provided new scientific data about the Gulf Stream.

(C) Both voyages took place at the same time.

(D) Both voyages produced maps of the seabe

As the twentieth century began, the importance of formal education in the United States increased. The frontier had mostly disappeared and by 1910 most Americans lived in towns and cities. Industrialization and the bureaucratization of economic life combined with a new emphasis upon credentials and expertise to make schooling increasingly important for economic and social mobility. Increasingly, too, schools were viewed as the most important means of integrating immigrants into American society.
The arrival of a great wave of southern and eastern European immigrants at the turn of the century coincided with and contributed to an enormous expansion of formal schooling.
By 1920 schooling to age fourteen or beyond was compulsory in most states, and the school year was greatly lengthened. Kindergartens, vacation schools, extracurricular activities, and vocational education and counseling extended the influence of public schools over the lives of students, many of whom in the larger industrial cities were the children of immigrants. Classes for adult immigrants were sponsored by public schools, corporations, unions, churches, settlement houses, and other agencies.
Reformers early in the twentieth century suggested that education programs should suit the needs of specific populations. Immigrant women were once such population. Schools tried to educate young women so they could occupy productive places in the urban industrial economy, and one place many educators considered appropriate for women was the home.
Although looking after the house and family was familiar to immigrant women, American education gave homemaking a new definition. In preindustrial economies, homemaking had meant the production as well as the consumption of goods, and it commonly included income-producing activities both inside and outside the home, in the highly industrialized early-twentieth-century United States, however, overproduction rather than scarcity was becoming a problem. Thus, the ideal American homemaker was viewed as a consumer rather than a producer. Schools trained women to be consumer homemakers cooking, shopping, decorating, and caring for children “efficiently” in their own homes, or if economic necessity demanded, as employees in the homes of others. Subsequent reforms have made these notions seem quite out-of-date.

2. It can be inferred from paragraph 1 that one important factor in the increasing importance of education in the United  States was
A.   the expanding economic problems of schools
B.   the growing number of schools in frontier communities
C.   an increase in the number of trained teachers
D.   the increased urbanization of the entire country

5. According to the passage, one important change in United States education by the  1920’s was that
A.   the amount of time spent on formal education was limited
B.   new regulations were imposed on nontraditional education
C.   adults and children studied in the same classes
D.   most places required children to attend school

6.“Vacation schools and extracurricular activities” are mentioned in line 9 to illustrate
A.   activities that competed to attract new immigrants to their programs.
B.   alternatives to formal education provided by public schools
C.   the importance of educational changes
D.   the increased impact of public schools on students

7. According to the passage, early-twentieth century education reformers believed that
A.   special programs should be set up in frontier communities to modernize them
B.   corporations and other organizations damaged educational progress
C.   different groups needed different kinds of education
D.   more women should be involved in education and industry

10: Which paragraph mentions the importance of abilities and experience in formal schooling?
A.  Paragraph  2          B.  Paragraph  4

Planet or not a planet?

The International Astronomical Union (IAU) created a ruckus in 2006 when they issued a new (actually, the first) definition of what a planet is. A firestorm erupted when only eight objects in the solar system made the cut. Pluto was relegated to a new category — “dwarf planet” — that somehow retained the word “planet” in its name but no longer would be considered a planet. Today, at the 46th annual meeting of the Division for Planetary Sciences in National Harbor, Maryland, Jean-Luc Margot of UCLA described his efforts to create a new and better definition.

The IAU defined a planet as an object that orbits the Sun, has enough mass that self-gravity forces it to take on a nearly round shape, and has cleared the neighborhood around its orbit. (The third condition is what denied Pluto a spot because it orbits among many similar objects in the Kuiper Belt.) But the definition is neither quantitative nor general. And it can’t be applied to any of the thousands of known exoplanets — at least until interstellar travel becomes routine so we can examine them all up close.

Margot seeks to generalize the definition by defining a planet as an object in orbit around one or more stars or stellar remnants, has a mass large enough to clear its orbit (though he prefers the term “dynamically dominates”), and has a mass less than 13 Jupiter masses (to rule out brown dwarfs). He even defines what it takes for a planet to dynamically dominate its neighborhood based on its mass, the mass of the star it orbits, and its orbital radius or period — values easy to determine for the thousands of exoplanets discovered by the Kepler Space Telescope. Any planet that meets the mass limit also will be round, so there’s no need to add a condition for that.

Margot’s definition would grant planetary status to 99 percent of the Kepler objects but, alas, still keep Pluto on the outside looking in. The debate won’t end here, of course, and one day the IAU will need to revisit its definition because no one really like it as it stands. So there’s still hope for all the Plutophiles out there.