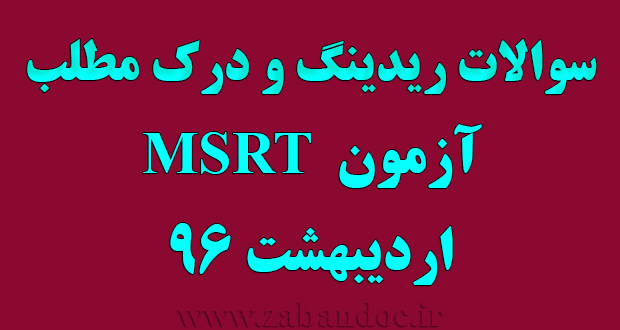 The French word renaissance means rebirth. It was first used in 1855 by the historian Jules Michelet in his History of France, then adopted by historians of culture, by art historians, and eventually by music historians, all of whom applied it to European culture during the 150 years spanning 1450-1600. The concept of rebirth was appropriate to this period of European history because of the renewed interest in ancient Greek and Roman culture that began in Italy and then spread throughout Europe. Scholars and artists of the fifteenth and sixteenth centuries wanted to restore the learning and ideals of the classical civilizations of Greece and Rome. To these scholars this meant a return to human-as opposed to spiritual-values. Fulfillment in life-as opposed to concern about an afterlife- became a desirable goal, and expressing the entire range of human emotions and enjoying the pleasures of the senses were no longer frowned on. Artists and writers now turned to secular as well as religious subject matter and sought to make their works understandable and appealing.
These changes in outlook deeply affected the musical culture of the Renaissance period–how people thought about music as well as the way music was composed, experienced, discussed, and disseminated. They could see the architectural monuments, sculptures, plays, and poems that were being rediscovered, but they could not actually hear ancient music-although they could read the writings of classical philosophers, poets, essayists, and music theorists that were becoming available in translation. They learned about the power of ancient music to move the listener and wondered why modern music did not have the same effect. For example, the influential religious leader Bernardino Cirillo expressed disappointment with the learned music of his time. He urged musicians to follow the example of the sculptors, painters, architects, and scholars who had rediscovered ancient art and literature.
The musical Renaissance in Europe was more a general cultural movement and state of mind than a specific set of musical techniques. Furthermore, music changed so rapidly during this century and a half-though at different rates in different countries-that we cannot define a single Renaissance style.

۱٫ What is the passage mainly about?
(A) The musical compositions that best illustrate the developments during the European Renaissance
(B) The musical techniques that were in use during the European Renaissance
(C) The European Renaissance as a cultural development that included changes in musical style
(D) The ancient Greek and Roman musical practices used during the European Renaissance
۲٫ What does the author mean by using the word “eventually” in line 3 ?
(A) That music historians used the term “Renaissance” after the other historians did
(B) That most music historians used the term “Renaissance”
(C) The term “Renaissance” became widely used by art historians but not by music historians
(D) That music historians used the term “Renaissance” very differently than it had been used by Jules Michelet
۳٫ The phrase “frowned on” in line 11 is closest in meaning to
(A) given up
(B) forgotten about
(C) argued about
(D) disapproved of
۴٫ The word “now” in line 11 refers to
(A) tile time of the classical civilizations of Greece and Rome
(B) the period of the Renaissance
(C) 1855
(D) the time at which the author wrote the passage
۵٫ Where in the passage does the author mention where the Renaissance interest in classical ideas first appeared?
(A) Lines I-4
(B) Lines 4-6
(C) Lines 8-9
(D) Lines 11-13
۶٫ It can be inferred from the passage that thinkers of the Renaissance were seeking a rebirth of
(A) communication among artists across Europe
(B) spirituality in everyday life
(C) a cultural emphasis on human values
(D) religious themes in art that would accompany the traditional secular themes
۷٫ According to the passage, Renaissance artists and writers had all of the following intentions
EXCEPT
(A) to use religious themes
(B) to portray only the pleasant parts of human experience
(C) to produce art that people would find attractive
(D) to create works that were easily understood
۸٫ The word “disseminated” in line 16 is closest in meaning to
(A) played
(B) documented
(C) spread
(D) analyzed
۹٫ What can be inferred about the music of ancient Greece and Rome?
(A) It expressed different ideals than classical sculpture, painting and poetry.
(B) It was played on instruments that are familiar to modern audiences.
(C) It had the same effect on Renaissance audiences as it had when originally performed.
(D) Its effect on listeners was described in a number of classical texts.
۱۰٫ According to the passage, why was Bemardino Cirillo disappointed with the music of his time?
(A) it was not complex enough to appeal to musicians.
(B) It had little emotional impact on audiences.
(C) It was too dependent on the art and literature of his time.
(D) It did not contain enough religious themes.
۱۱٫ Which of the following is mentioned in the passage as a reason for the absence of a single Renaissance musical style?
(A) The musical Renaissance was defined by technique rather than style.
(B) The musical Renaissance was too short to give rise to a new musical style.
(C) Renaissance musicians adopted the styles of both Greek and Roman musicians.
(D) During the Renaissance, music never remained the same for very long.

The thick, woolly fleece of the domestic sheep is its distinguishing feature and the source of much of its economic importance. Yet only a moment, in evolutionary terms, has passed since the domestic sheep had a coat resembling that of many other wild Lineanimals. As recently as 8,000 years ago, it was covered not in a white, continuously growing mass of wool but in a brown coat consisting of an outer array of kemps, or coarse hairs, that was shed annually and a fine woolly undercoat that also molted. Such an animal could not have supported the technology that has grown up around the domestic sheep–the shearing, dyeing, spinning, and weaving of wool–any better than could a wild sheep such as the bighorn of North America, Much of the selective breeding that led to the fleece types known today took place in prehistory, and even the later developments went largely unchronicled. Yet other kinds of records survive, in three forms. Specimens of wool from as long ago as 1500 B.C. have been found, mostly as ancient textiles, but also in the form of sheepskins. Antique depictions of sheep in sculpture, relief, and painting give even earlier clues to the character of ancient fleeces. The longest line of evidence takes the form of certain primitive breeds that are still tended in remote areas or that escaped from captivity long ago and now live in the wild. They retain the characteristics of ancient sheep, providing living snapshots of the process that gave rise to modern fleeces.

۱۲٫ What topic does the passage mainly discuss?
(A) The economic importance of sheep through the ages
(B) The development of textile crafts and technologies
(C) The evolution of the fleece of domestic sheep
(D) The influence of technology on wool manufacturing
۱۳٫ The word “source” in line 2 is closest in meaning to
(A) quantity
(B) result
(C) basis
(D) cost
۱۴٫ According to the passage, the outer coat of sheep 8,000 years ago was
(A) white
(B) coarse
(C) warmer than that of bighorn sheep
(D) similar to that of the modern sheep
۱۵٫ Which of the following can be concluded about wild sheep, as compared with domestic sheep?
(A) They are evolving more rapidly.
(B) They have thicker coats.
(C) They are of less economic importance.
(D) They are less similar to bighorn sheep.
۱۶٫ The word “unchronicled” in line 12 is closest in meaning to
(A) unquestioned
(B) unexplained
(C) unnoticed
(D) unrecorded
۱۷٫ What does the author mention as evidence of the characteristics of ancient sheep?
(A) Representations of sheep in an
(B) Ancient tales about sheep
(C) Documents describing sheep
(D) Skeletons of sheep
۱۸٫ The word “clues” in line 15 is closest in meaning to
(A) proofs
(B) indications
(C) colors
(D) variations
۱۹٫ In line 14, the author uses the term “living snapshots” to refer to
(A) photographs of early types of sheep
(B) early guns used for hunting sheep
(C) ancient paintings of sheep
(D) early breeds of sheep that still exist
۲۰٫ The phrase “gave rise to” in line 19 is closest in meaning to
(A) replaced by
(B) favored over
(C) brought about
(D) found out